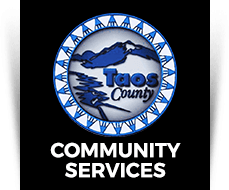 The former Ancianos, Inc. was started on December 10, 1979. At the request of the New Mexico Area Agency on Aging, Taos County took over the program on July 1, 2014, to continue to serve the needs of our Senior Citizens, first within Taos, later reaching out to the citizens in Amalia, Questa, and Chamisal.